All about your name

Let’s take a moment to talk about your name.

It may seem a bit backwards, but we should start at the end:

Nagmay
I was born Gabriel Louis McGovern. Your mother was Samantha Nicole Childers. So how did McGovern + Childres = Nagmay ? 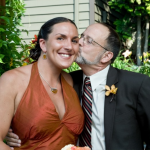 As a tribute to Samantha’s dad Gary Nagmay, who raised her since the age of two – we both took his last name when we got married. Nagmay, is Lebanese in origin. However, it was deformed and misspelled as names often were when people migrated to the United States. Unfortunatly, we don’t know the original spelling (possibly Nejmeh?) What we do know, is that Nagmay is very unique name. 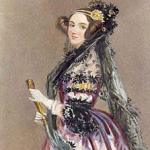 Your middle name is a reference to “Lady Ada” – the Countess of Lovelace.

Augusta Ada was the only legitimate child of Lord Byron – the notorious, early 19th century British poet. Lovelace was an incredibly brilliant woman and is widely credited as being the world’s first computer programmer.

Ronin
Among the Gaelic people, Ronan is a common name that means “little seal”. Sometimes it is spelled Ronon to be more masculine, or (rarely) Ronin to emphasize the feminine.

In Japan, a Rōnin was a samurai with no lord or master – a rogue warrior. The Kanji symbols for the word (浪人) literally mean “Wave One”: a person who is comfortably adrift. 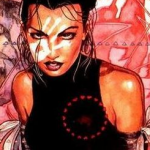 Ronin has also been the name of various books, movies and fictional characters. During the pregnancy, we found out that several characters from that Marvel Comics world have used the name as an alias. Most importantly: Maya Lopez, a Native American and one of the very few deaf super heroes.

In the end, we decided to wait until you were born to pick the exact name (and spelling). I argued that it was impolite to name someone that you had never met…

However, at the moment you entered the world we knew.

Here was this strong, alert child.

Here was our Ronin.

PS: I was just looking into ordering your birth certificate and noticed that Oregon keeps really good records on all the names given to new babies. Between 1961-2010, two other young ladies share your name.

4 Responses to All about your name