Your mother and I love central Oregon, especially the Three Sisters Wilderness area. Our first real backpacking trip together (almost 10 years ago) was a week long, loop around the three mountains.

After packing up and making a quick repair to the car, we headed out from Portland early Sunday morning. It’s about a three hour drive down to the north end of the wilderness area and you slept most of the way down. Unfortunatly, when we got the the final turn (Mckenzie pass) there was an officer blocking the road. We were informed that the entire road was closed due to a forest fire.

Back in the car, you were less then happy. It would be another 3 hours to reach an alternative entrance on the southern end of the wilderness area. As we passed through the town of Sisters, it became obvious that the fire was actually at the very start of our planned trailhead – Pole Creek. Only at few acres were presently burning, but over the next few days it would drastically expand and become known as the “Pole Creek Fire”.

That night we camped at Devils Lake, determined to get some real backpacking in tomorrow. 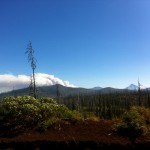 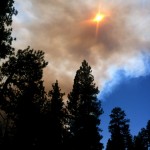 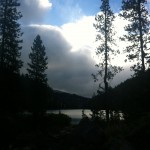 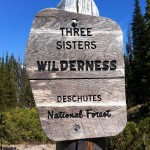 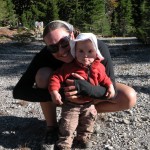