We all arose with the sun on Sunday morning. There were no clouds above us, but below us they covered  everything like an ocean. Little peaks of trees appeared as tiny islands.

You played in your pajamas and sleeping bag (thanks uncle Lint!) for the early morning. Later, after breakfast and getting dressed, you decided to climb some more rocks. I must admit that we were impressed; and perhaps a bit frightened. You managed to work you way up the vertical face of the rock with, what seemed like, little effort.

Soon though, we had to pack up and head down to the PCT and complete the 6+ miles to loop back to the lodge.

Before heading home, we grabbed a quick brunch at Timberline and explored the impressive lodge. A prefect end to a spectacular first backpacking trip. 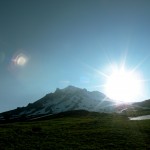 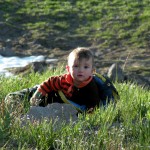 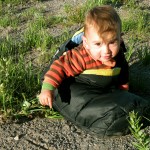 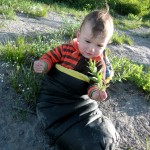 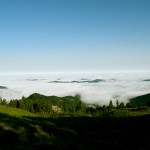 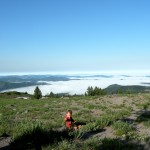 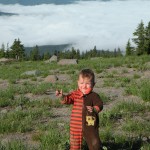 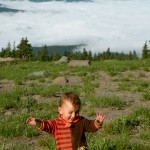 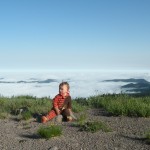 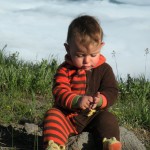 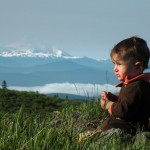 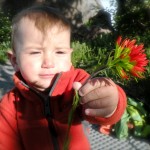 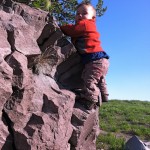 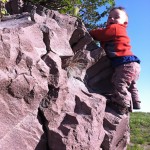 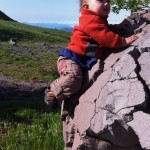 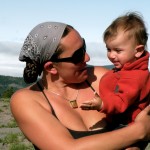 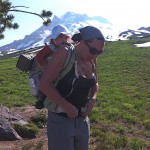 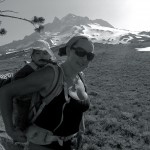 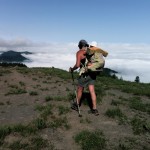 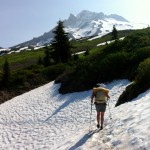 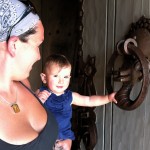 One Response to Backpacking – Day 3