After a cold night, we woke up early to clear skies. Our destination for the day was only a few miles away, so I decided to take you out for a while and let your mother rest.

We headed up the valley toward the base of Broken Top. A small creek that we crossed was frozen in many places. Suddenly, a heard of several dozen dear scattered from behind the trees and ran directly in front of us. You pointed and barked. I didn’t have enough time to grab the camera.

It’s a steep climb up to the ridge, but you bounced and hummed, encouraging me to go on. Halfway up, we spotted a large buck grazing. This time, I had a chance to pull out the camera.

Eventually, we made it up the ridge saddle. You can climb another 1000′ to the peak, but it gets more precarious as you go. In any case, you had already fallen asleep. From the saddle, I could clearly see the Pole Creek fire. It had expanded quite a bit and smoke was filling the valley. Somehow, you managed to sleep all the way back to camp.

After lunch, we packed up camp and continued down the trail. At the Green Lakes, we turned and followed the edge of the Newberry lava flow downhill. Eventually the trail started to gain elevation as it approaches the base of the South Sister. You were fairly restless during this section. Your mother and I both had to hum/sing to keep you occupied and pass the time. After a few rounds, you joined in and hummed along.

We camped in an established spot above the beautiful Moraine Lake. The lake is shallow and warm. Before bed, we all took a quick swim. 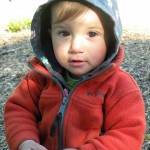 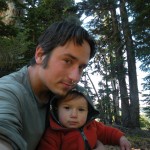 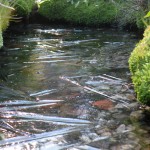 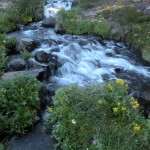 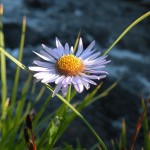 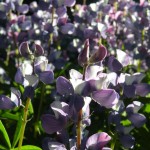 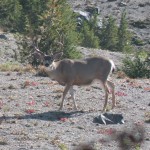 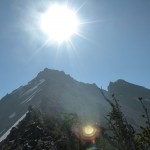 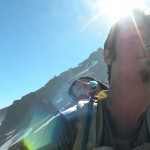 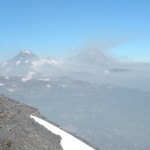 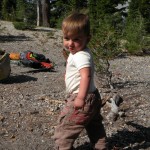 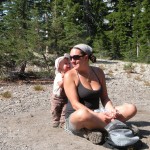 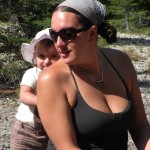 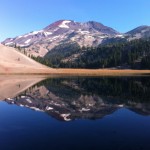 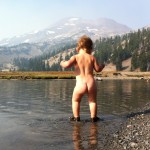 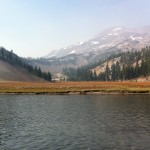 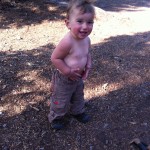 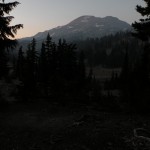